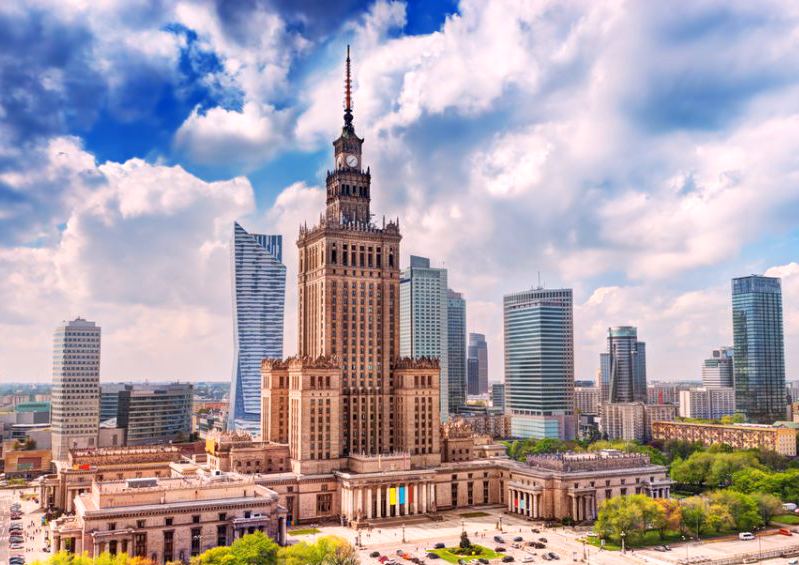 Imagine your conference event organized in the heart of the capital, in a place where history combines with modernity. In a building whose monumental halls have witnessed many historical events and hosted an array of important political figures.

To start with, a little history …

One autumn day in the year 1951, a group of Polish and Russian architects gathered on the right bank of the Vistula, rebuilt with sweat and tears after the wartime destruction of Warsaw. That day they had one goal – to set the height for what would come to be the highest “skyscraper” in Poland. They watched as a small plane carrying a balloon over the city centre remained in radio contact with them. When the balloon reached a height of 120 meters, the Russians thought that it would be a sufficient projected height. Then the Poles, with the chief architect of Warsaw, Józef Sigalin, began to shout out “Higher!” – and they so shouted after every 10 meters increasing the height of the balloon, and ultimately the height of the building.

Eventually, the main tower was fixed at 120 m, the turret – 160 m, and the spire crowning it at 230 m. Thus in the years 1952-1955 the Palace of Culture and Science was built, becoming the tallest building in Poland and one of the highest buildings between Moscow and New York. The palace, which was a “gift of the Soviet nation to the Polish nation”, was the personification of the so-called “socialist state” encapsulating the ideals of socialist realism, architectural examples of which can also be found in other places in Warsaw, such as Constitution Square with the MDM at its forefront.

The palace was modelled on the skyscrapers built in Moscow’s post-war period; and these, in turn, drew architectural inspiration from the American skyscrapers of the first half of the twentieth century and the Art Deco era. Although similar buildings were created at that time in several other cities of Central and Eastern Europe, the Palace of Culture and Science is considered the best and most impressive of them, and its size is second only to the Lomonosov Moscow State University Main Building

In the minds of its creators, the palace was intended to house cultural and scientific institutions; it would also host the important cultural events not only of the capital, but also of the whole country. The representative Congress Hall hosted concerts and performances, as well as the gatherings of the ruling party. In the palace you could find a cinema, a theatre, museums, whereas a part of the Palace, The Palace of Youth, was dedicated to the sporting and cultural activities of young people.

Over the years, the Palace has witnessed many historical and political events. In April 1967, the Rolling Stones played a concert here, which turned out to be their only concert to be performed beyond the Iron Curtain. The rows of the seats in front of the stage were occupied by representatives of the communist authorities and establishment figures – the real fans of the band could only go wild from several rows back.

Today, over 60 years since its construction, the Palace of Culture and Science is one of the most recognizable symbols of Warsaw. And despite the fact that today it is surrounded by other magnificent buildings and skyscrapers, the palace has continued to holds its own, and remains Poland’s tallest skyscraper.

And, as in years gone by, the palace remains a venue for many cultural events: it houses museums, a cinema and a theatre, and is the seat of Warsaw City Council. The palace also remains one of the most impressive and breath-taking venues for the holding of congresses.

Picture your conference event being organized in the heart of the capital, in a place where history combines with modernity; in a building, whose monumental halls have witnessed many historical events over the years and hosted important political, cultural, scientific and business figures.

Picture your congress venue, located in the very communication heart of the capital, a stone’s throw from the city rail links and the central train station, and within easy reach of the airport. A place where all of Warsaw’s landmark sights are within easy reach and in the immediate vicinity of choice hotel and accommodation options.

Imagine finally hosting a conference event in a building which is on a par with the skyscrapers you would only find in the US or Russia – you can take an elevator up to the observation deck, which affords a captivating panoramic view of the vibrant city of Warsaw. From here you can admire Warsaw’s monuments, look out over other side of the Vistula, and further afield to the most distant districts of the city … 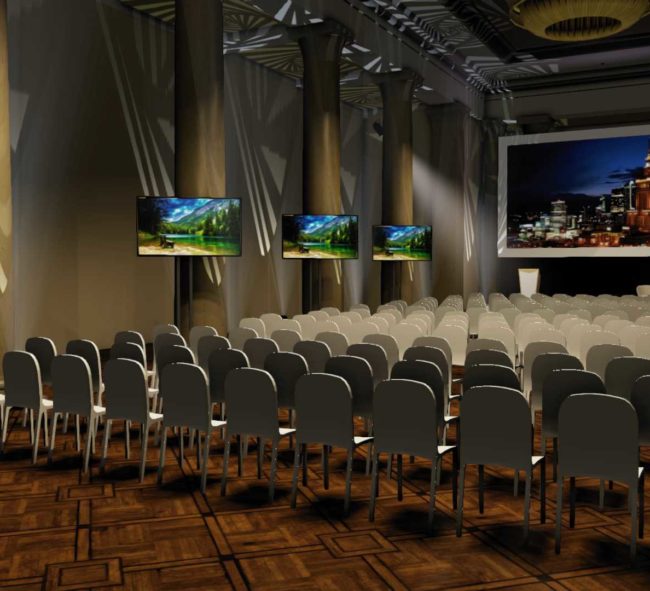 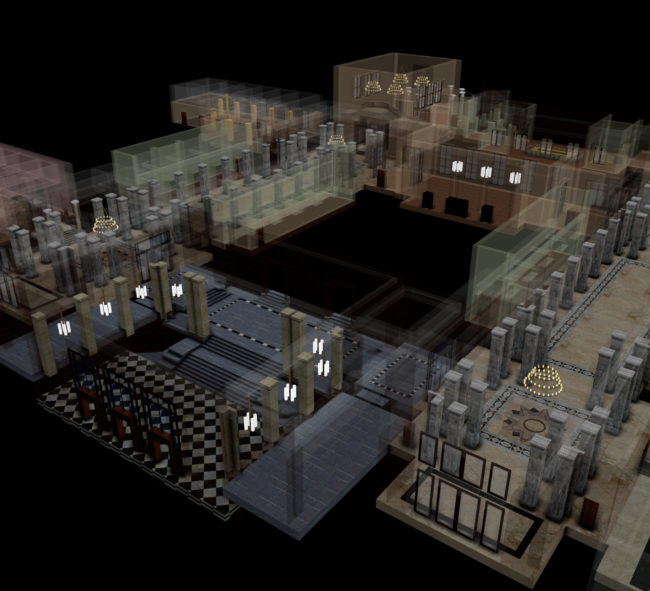 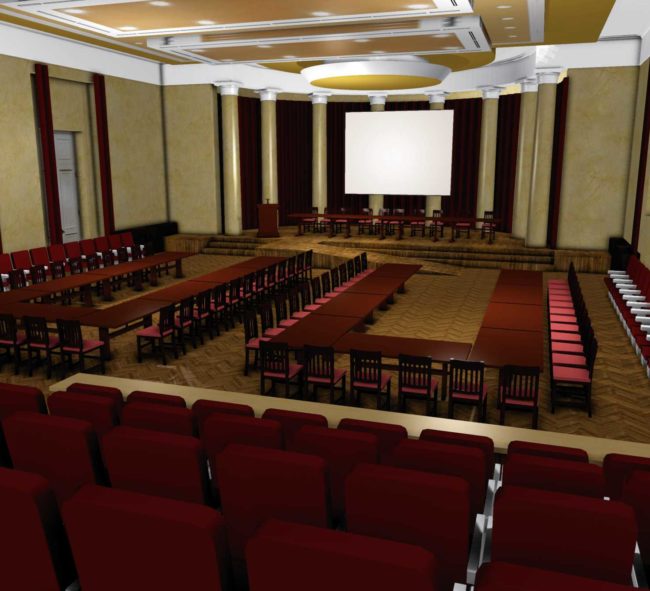 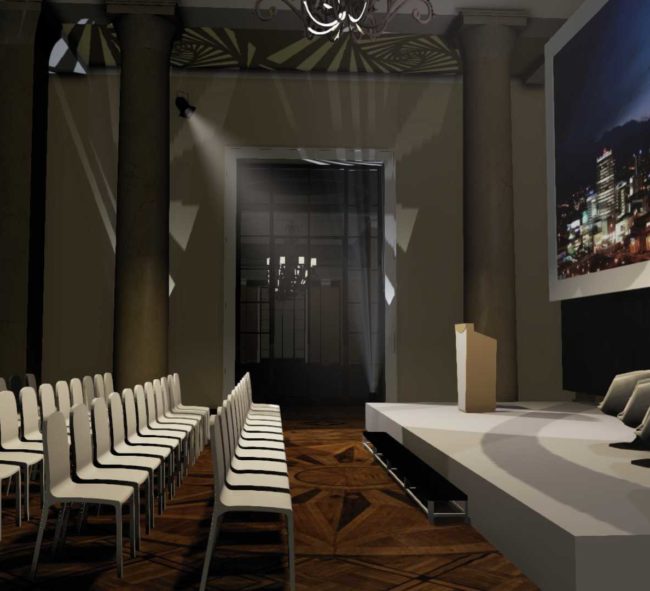 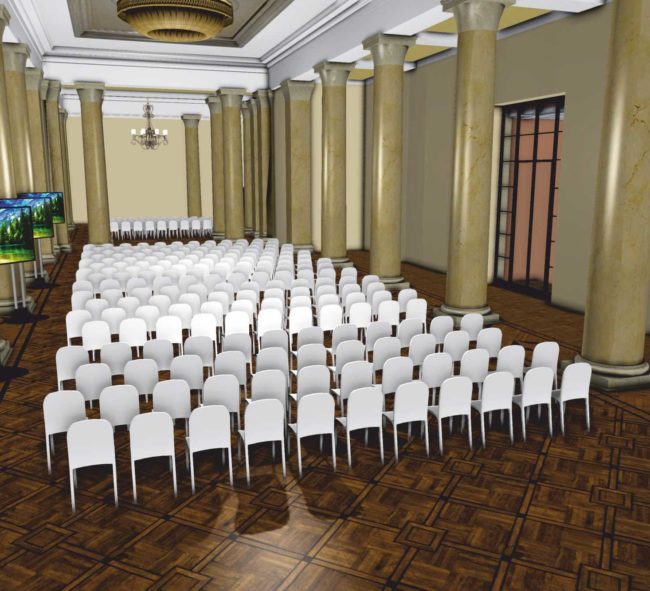 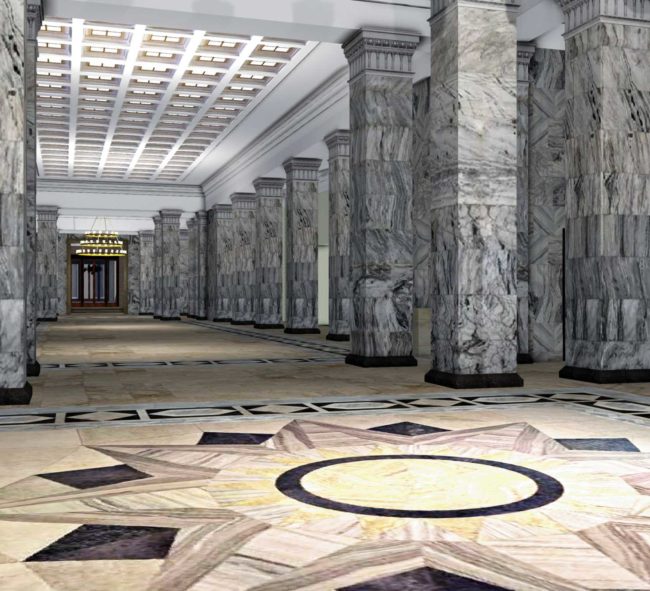 You can organize your congress in Palace of Culture and Science with Nobell. The choice is easy:

We at Nobell look forward to organising your congress. You can look forward to a wonderful event which will prove to be an unforgettable experience for both participants and organisers.

We look forward to working with you.